Now that you are a Now-ist ! , you know what a compass is for.  That doesn’t mean that you are disconnected from the past and the future. It is your now that creates your and the other’s future

The Now-ist uses his embedded GPS, compass, if you want to call it that. S/He is one with all the past and the future

The monkey ran into the cave farther than his previous best. He came across a flight of ten steps. He slowed down. There was no need to hurry. He had all the time in the world.

He climbed each of the steps in awareness,slow and steady, reflecting over each one as to what they stood for. He felt as if he had ten heads, one for each level. He realised what it is to be a monkey. I am that and all the heads understood each other perfectly.  The babble in his monkey brain ceased to be.

He woke up relieved that he had just one head. It would have been very unwieldly to have ten

He looked at the world outside. He could see all the abstractions in concrete.

Holy …..he rushed back to the cave. Went a little further searching for the next etching on the wall . He stood looking at the wall for a long long Now. 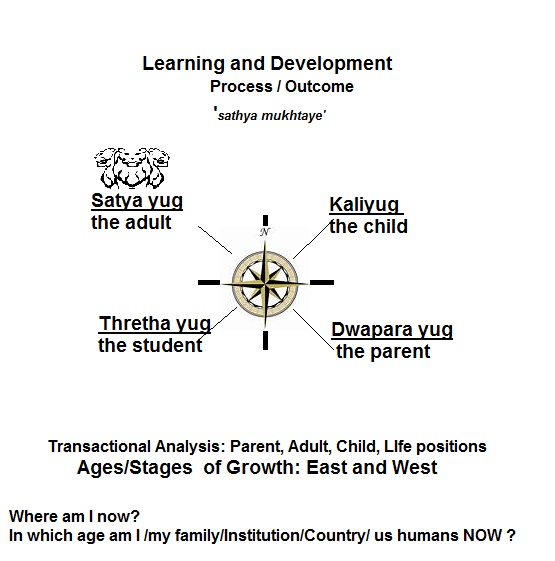